On Thursday morning, after a long stretch of belligerent exchanges between them, Justice Minister Ayelet Shaked (Habayit Hayehudi) complimented Defense Minister Avigdor Liberman (Yisrael Beiteinu), for giving the go ahead to advance construction plans for a new apartment building above the old wholesale market in Hebron,
on land which has belonged to Jews for more than a century.

“This week, thanks to the defense minister, we brought about a breakthrough and the removal of the barriers that led to the approval of the planning,” Shaked said.

The project has been delayed for many years due to legal difficulties. But recently, under the guidance of Minister Liberman, the defense establishment’s legal counsel Itai Ophir issued a legal opinion that allows for the first time the advancement of construction in the area. The Ophir opinion was approved by the Attorney General.

This is the second residential project that Defense Minister Liberian is promoting within a short period of time in Hebron, following 20 years in which no new housing units had been built for the local Jewish community. The outline of the plan approved by the defense minister will include a project to preserve the stores mezzanine in the old wholesale market, and construction of a number of residential floors above.

Defense Minister Liberian issued a statement saying: “We are continuing the momentum of development of the Jewish community in Hebron, the likes of which has not been seen for 20 years. After we approved a municipal emblem for the Jewish community and approved the establishment of 31 housing units and kindergartens in the Hezekiah quarter, now we will promote the design of another apartment building in the wholesale market. We will continue to strengthen the Hebron community with action.”

Justice Minister Shaked said, “This week we made a significant breakthrough in the return of the Jewish lands that were stolen during the 1929 Hebron riots in the so-called wholesale market. This is a very important area at the heart of the Jewish community in Hebron, which had not been regulated for 25 years, even though it belonged to Jews according to all the records.”

“For 25 years, Israeli governments have repeatedly evacuated Jews who settled there and did not issue building permits. Legal barriers have been the lot of local residents over the years. This week, thanks to the Minister of Defense, Attorney General Avichai Mandelblit, Deputy Legal Counsel Erez Kaminitz, and Legal Counsel to the Ministry of Defense Itai Ofir, we brought about a breakthrough and the removal of the barriers, which has led to the approval for the planning,” Shaked said.

“The Shabbat (Chayei Sara – DI), when tens of thousands of Jews will visit the City of the Patriarchs, they will be able to see with their own eyes that the terror of almost 90 years ago has failed and we have won,” Shaked said. 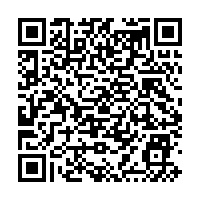