On Monday night, during Rabbi Shmuel Eliyahu’s weekly class in Safed, he referred to credibility of the Tzohar organization—whose 800 Religious Zionist Orthodox rabbis labor to bridge the gaps between religious and secular Jews in Israel—and claimed that it ignored the sale of meat slaughtered in an Arab village to Jerusalem restaurants under their supervision, Kipa reported Tuesday.


“You must not trust this kashrut, it has no value,” Rabbi Eliyahu told his students. “It is no wonder why the Reform movement supports private kashrut, where everyone supervises themselves.”

“They let the cat guard the cream,” Eliyahu continued, revealing: “We have received qualified information that people cook [meat] in an Arab village, their meat (meaning non-kosher), cook it there in the Arab village, pack it, bring it to Jerusalem, to restaurants that have a ‘Private Supervision’ [certificate] with some signature of a rabbi… ”

Rabbi Cherlow tweeted in response: “The Torah commanded us about what goes into our mouth, but even more so about what comes out of our mouth. The Halakhah forbids slanderous libel.”

Private Supervision (“Hashgacha Pratit”) issued a statement “Rabbi Eliyahu’s words are defamatory and libelous, a clear expression of the hysteria that has gripped the Chief Rabbinate [at the prospect of losing the kashrut business].”

“It never happened,” the statement went on, “And when you see Rabbi Shmuel Eliyahu standing in front of a microphone and directly and bluntly choosing not to speak the truth, you understand exactly how and why the Kashrut system of the Chief Rabbinate has reached its lowest point.”

The liar’s punishment is that in the future even when he tells the truth, he won’t be listened to. It’s sad. In this way they lose the public’s trust in the Rabbinate, and diminish the light of the Torah.” 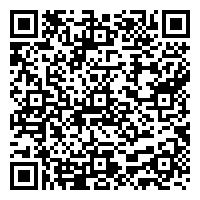