Former MK and former Israeli Ambassador to the United Nations Danny Danon is planning his return to domestic politics.

Danon announced Wednesday that he intends to run for the Knesset in the next Likud primary elections.

“After years of working for the State of Israel in the international arena, it is time to return to working in the national arena,” he said in making the announcement via Twitter. “The State of Israel is in a constant political turmoil, and it is time to bring it to an end. In the next Knesset, I will be your ambassador in Likud and in the Knesset.”

The former ambassador, who currently serves as chairman of the World Likud, was described in 2007 as one of former Prime Minister Benjamin Netanyahu’s greatest critics. At that time, he declared his candidacy for the Likud leadership in the party’s primary elections — a race in which he came in third.

Prior to the 2009 elections he won the 24th spot on the Likud list, and entered the Knesset when the party won 27 seats. He became a Deputy Speaker of the Knesset and was re-elected in 2013 to another Netanyahu government. But although he was appointed as Deputy Minister of Defense, Danon was fired from the post by Netanyahu on July 15, 2014 after publicly criticizing the prime minister’s handling of Operation Protective Edge.

Danon again submitted his candidacy for the Likud leadership in the party’s December 8, 2014 primary election — the only candidate to run against Netanyahu but again lost, receiving 19 percent of the votes.

He retained his Knesset seat in the 2015 election and was appointed Minister of Science, Technology and Space in the re-installed Netanyahu government, but was quickly appointed UN Ambassador instead. In that role, he was elected in June 2016 to become chairman of the UN Legal Committee, the first Israeli chosen to head a permanent committee of the world body.

In his recently published memoir of his time representing Israel at the United Nations, “In The Lion’s Den,” Danon writes that he quickly realized there was a way to both speak his mind and “maintain expected professional etiquette” in his role at the UN.

“The two are not mutually exclusive,” he writes. “It is imperative that we do not live under the weight of silence for fear of offending someone with our truth.”

Knowing how to parse one’s words is a skill in very short supply in Israeli political life, one that is extremely important for anyone who has dreams of leading the country.

From the start of the book, Danon hints at his plans for a political future in Israel.

“I came to New York to work hard and lead change,” he writes on page two. “I wanted to show what I believe is the path forward for a strong Israel on a world stage.

“The UN gave me that platform and I am grateful for it. I demonstrated that my vision for Israel is the right one, and it can be realized with commitment and passion.” 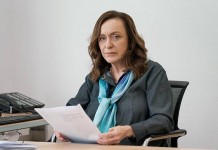 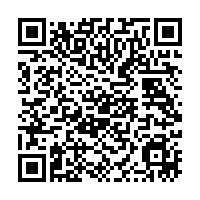