The first petition with Israel’s High Court of Justice in 2020 was filed last week by Im Tirtzu, which calls itself a “Zionist watchdog,” against Hebrew University chemistry professor Amiram Goldblum, who, back in May 2019, called their activists “Nazi dogs.”

He also called them “scum,” and vowed to not allow them into his classes. According to Im Tirtzu, he threatened to prevent Im Tirtzu activists from becoming candidates for advanced degrees, a violation of the bylaws of Hebrew University and the Council for Higher Education.


Im Tirtzu initially filed a complaint with Hebrew U. president Prof. Asher Cohen, who condemned the chemistry professor’s remarks but refused to initiate a disciplinary hearing. The watchdog subsequently filed a complaint with the Council for Higher Education, which agreed that Goldblum’s remarks were in violation of its academic guidelines, but refused to require the university to take disciplinary action.

In response, Im Tirtzu filed a petition with the High Court of Justice against Professor Goldblum, Hebrew University, the Council for Higher Education, and the Education Minister – who oversees the Council.

Goldblum, who serves on the New Israel Fund, is an outspoken critic of Israel. In July 2019, he called IDF soldiers “Jewish terrorists” and wished for a “lightning bolt” to strike them down. In 2017, he declared that “by definition, every settler is a terrorist.”

Attorney Eran Ben-Ari of Im Tirtzu’s Legal Division said it was “inconceivable that a professor publicly threatened the academic future of students, yet Hebrew University and the Council for Higher Education are trying to sweep the incident under the rug.”

Im Tirtzu CEO Matan Peleg said: “Goldblum’s actions are a disgrace to Hebrew University, to Israeli academia, and to the Israeli public, whose taxes go towards funding the university. The time has come for the university to do what should have been done months ago, and take disciplinary action against this radical professor.”

“No student should be discriminated against due to his or her personal or political belief,” Peleg said. 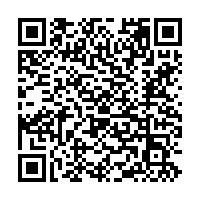