According to a poll conducted by the Arab World for Research and Development institute (AWRAD), the majority of Palestinians currently oppose a third intifada. According to AWRAD, this may be reflective of the security and economic conditions cited in its report, but also the fact that a majority of Arabs in Judea and Samaria believes a new Intifada would impede statehood; a reversal of sentiments expressed in AWRAD’s October 2015 poll, conducted in the early days of the current crisis, when a majority expressed support for a new uprising. A strong majority of respondents currently opposes the dissolution of the PA and the return of a full Israeli occupation.

AWRAD, a research, consulting and development firm based in Ramallah, on Saturday issued a “Public Opinion Poll in the West Bank and Gaza Strip” for January 2016 which may offer the first glimmer of hope for an end to the current wave of terror. Fieldwork for the poll was conducted from 27 to 28 January 2016, with a total of 1,200 Judea and Samaria Arabs interviewed.


Here’s an unexpected twist: overall, four-fifths of respondents support immediate legislative and presidential elections, and—surprise, surprise—in a hypothetical presidential election, the PLO’s Mahmoud Abbas would defeat Hamas’s Ismail Haniyeh, with a greater support for Abbas’s candidacy in Gaza! Also, in terms of legislative elections, Fatah (PLO) is the most popular political party, receiving more than double the support of Hamas.

According to AWARD, Violence since October 2015 has negatively impacted the lives of the average Judea and Samaria Arabs. Majorities of respondents (especially in the West Bank) report that the security in their region has diminished, along with economic conditions. Palestinians report deteriorating economic circumstances, shrinking opportunities for investment and loss of income or jobs as a result of the current security situation. The strain of the present circumstances is reflected in views towards the future. A majority of the Arabs polled believe “Palestine” is currently heading in the wrong direction. However, despite this apprehension, roughly half of them are optimistic about the future. 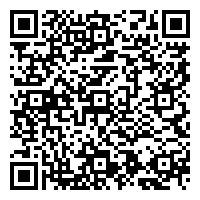