The IDF officer who was brought to a disciplinary trial 10 years ago for allowing his soldiers to shoot live fire at violent leftist rioters has been promoted to commander of the Shomron Brigade.

Col. Shai Kalfer, who studied at Yeshiva Shavei Hevron before enlisting in the Golani unit, will take over the brigade in the same area where his soldiers shot at rioters in December 2003 and injured lightly two protesters, one of them an American leftist.


When “demonstrators” are throwing rocks – not stones, but rocks and boulders – and metal objects at you, a normal soldier would shoot back. That is why he has a rifle.

But that is only true in the United States, Britain, France and other normal countries, without even questioning the behavior of the goon squads in Arab countries where shooting rioters is not good enough when they can be raped and tortured.

But Israel is the land of lots of Jews with the Christian view that turning the other cheek will show the enemy. Things work differently here, where the anti-Zionists must be right if they say Jews are wrong.

Partly due to the massive foreign media barrage every time a soldier raises his weapon at someone trying to injure him, he has to consult his lawyer because he is almost certain to be investigated as if he were a traitor, especially if he actually pulls the trigger.

Flashback to 2003: Kalper was a company commander in the Golani Battalion while on patrol at the anti-suicide bombing fence, AKA Apartheid Wall because it denies the rights of suicide bombers to express their frustrations at being alive and at Jews being alive.

Dozens of leftists and anarchists, who know as much about the Arab-Israel struggle as most of y’all know about the aborigine culture in Australia, pummeled Kalper and his soldiers with their favorite peaceful weapons, rocks and anything else that that is not nailed to the ground and can be thrown.

The soldiers took refuge behind their jeep and received permission to shoot at the leftists.

Kalper was hauled into a military court for violating the bleeding hearts’ laws, but the judges concluded that no criminal action was justified since the soldiers arrived at the scene without proper riot-dispersal equipment.

The file was closed, and Kalper was able to continue his military career.

The Maariv Hebrew-language newspaper wrote in 2007 wrote that he was one of the 10 most promising religious soldiers who might take the helm of the IDF as Chief of Staff in the future.

His promotion to command the Shomron Brigade is a step in that direction. The last religious officer who was brigade commander and considered to be a future candidate as the Chief of Staff was Col. Dror Weinberg, who was commander of the Hebron Brigade. He was one of 10 soldiers and officers gunned down in a Friday night ambush by Arab terrorists near the Patriarchs’ Cave in Hebron in 2002.

Maariv reported Monday that when the IDF was asked to respond to the apparently shocking promotion of a man who allowed his soldiers to defend themselves, the military replied, “This is an old incident that was concluded in a disciplinary court. The officer involved [Kalper} has fulfilled subsequent positions excellently and in our eyes could be advanced to bridge commander.”

After his yeshiva studies, Kalper enlisted at the age of 20 instead of 18, making him older than his sergeant,  and he was called “the old man” by his soldiers, who also  have called him the “greatest and most responsible fighter.” In the newspaper survey of religious officers in 2007, Kalper’s soldiers had nothing but praise for him. 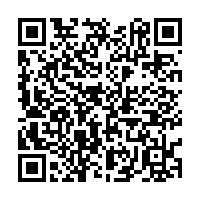