In light of a reconciliation between the militant anti-Israel terror group Hamas and the Western-backed Fatah, Prime Minister of Israel Binyamin Netanyahu issued a statement warning that steps by the Palestinian Authority to implement the new agreement will mean the end of peace talks with Israel.

The following is the “Special Statement by Prime Minister Netanyahu” publicized by the Government Press Office (GPO):

In recent weeks, I and several world leaders have made serious efforts to advance peace.

If President Abbas moves to implement what was signed today in Doha, he will abandon the path of peace and join forces with the enemies of peace.

Hamas is an enemy of peace. It’s an Iranian-backed terror organization committed to Israel’s destruction. It has not accepted the minimal conditions set by the international community:

• It refuses to recognize Israel’s right to exist.

• It refuses to honor the signed agreements between Israel and the Palestinian Authority.

• It refuses to abandon terrorism.

• Indeed, it continues to arm itself for even deadlier terrorism.

President Abbas, you can’t have it both ways. It’s either a pact with Hamas or peace with Israel. It’s one or the other. You can’t have them both.

Israel and the Palestinian Authority returned to land-based negotiations at the behest of the United States in early January in Jordan.  Talks were often tense, and parties on both sides agreed that little was accomplished toward resolving conflicts. 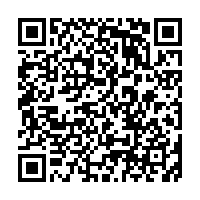