Benzion Netanyahu, the father of Prime Minister Benjamin Netanyahu and Entebbe rescue hero Yoni Netanyahu, died Monday at his Jerusalem home at the age of 102. The elder Netanyahu was visited by his son Benjamin for the last time on Sunday at the family home on 4 Haportzim Street.  He will be laid to rest on Monday at 5pm at Jerusalem’s Har Menuchot Cemetery.

Benzion Netanyahu served as secretary to Revisionist Zionist proponent and Beitar leader Ze’ev Jabotinsky, served as editor for the Encyclopaedia Hebraica, and served as professor emeritus at Cornell University.

Born in Warsaw on March 25, 1910 as Benzion Milikovsky, he and his family immigrated to Israel in 1920.  In 1944, he married Tzila Segal, with whom he had three sons: Yonatan, born 1946, a former commander of the elite Sayeret Matkal who was killed in the 1976 Operation Entebbe rescue of 102 Israeli and other hostages, Benjamin, born 1949, and Ido, born 1952, a radiologist, author, and playwright.

Working as the secretary of Zionist icon Ze’ev Jabotinsky, Netanyahu maintained a belief in Jewish sovereignty over the Greater Land of Israel, including parts of Lebanon, Syria, Jordan, and Egypt.  He was one of the signers of a petition against the United Nations Partition Plan for Palestine in 1947.

Benzion’s strong Zionist values were a major part of Benjamin’s upbringing.  The prime minister’s father imparted on him the importance of protecting Jewish heritage sites such as Hebron.  He advocated a tough stance in the region, and predicted that threats to world peace would emerge from parts of the Muslim world harboring violence, terror, nuclear power, and oil.

According to a report in Haaretz, Prime Minister Netanyahu stated that his father predicted a Muslim attack on the Twin Towers in New York, as well as the rise of tyrannical Islamic regimes which would make efforts to attain nuclear weapons.

In his last interview with Channel 2 news – at the age of 99, Benzion stated that his powerful son does not support a Palestinian state.  “He supports the kind of (diplomatic) conditions they (the Palestinians) would never in the world accept,” Benzion said.  “That’s what I heard from him.  Not from me – he put forth the conditions.  These conditions – they will never be accepted, not even one of them.”

Moreover, Benzion believed that Arab citizens are a threat to the fabric of Israel, and that they would conflict with the Jews by nature.  “The tendency to conflict is in the essence of the Arab.  He is an enemy by essence… His existence is one of perpetual war,” Benzion is quoted by the Associated Press as telling Maariv in 2009. “The Arab citizens’ goal is to destroy us. They don’t deny that they want to destroy us.”

Benzion was a strong opponent of Israel’s unilateral withdrawal from the Jewish communities in Gaza known as Gush Katif.  The forced expulsion of Jewish residents who wanted to remain in the area was a “crime against humanity”, according to Benzion.

As an academic, Netanyahu specialized in Medieval Spanish Jewry.  In his controversial book on the subject, he rejected the theory that the Spanish Inquisition was a result of Jewish isolationism or separatism, saying Spanish Jews were interested in assimilating into Christian society and Spanish culture, and were forced into being Marranos when their efforts to shed their Jewishness did not afford them full acceptance. 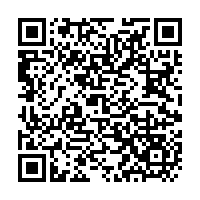