Iran may purposefully contaminate the waters of the Strait of Hormuz by performing an oil spill, according to a report in the German weekly Der Spiegel on Sunday.

The plan, codenamed “Murky Waters”, would block oil shipping routes in the Gulf. It would also drive up oil prices and force the west into an emergency cleanup in cooperation with Iran, which would likely reduce sanctions on the country.

The Prophetic View Of Sacrifices 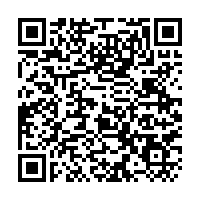