Nine organs donated by the family of a 16 year old Israeli athlete have saved the lives of 6 people, providing some comfort to a family heartbroken by the loss of their son. 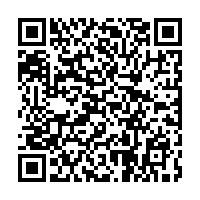