A Jewish man was attacked and rendered unconscious in a Paris metro, a local watchdog reported.

The 52-year-old victim entered the subway directly from his synagogue but wore no markings that would identify him as Jewish, according to a report on the late September incident by the National Bureau of Vigilance Against Anti-Semitism, or BNVCA, a nonprofit watchdog organization. The incident occurred on the eve of Rosh Hashanah.

He may have been targeted because of a Jewish philosophy book by the chief rabbi of Paris that he was reading in the metro when he was attacked, the report said.

The attackers, who are unknown, knocked the man unconscious with a sharp blow to his temple and did not steal anything from him as he lay unconscious on the subway floor. He sustained minor injuries.

A female passenger found the man lying on the floor and moved him out of the vehicle at Miromesnil station, near Champs-Elysees.

“It is clear from the pattern of incidents we are seeing that this was in all likelihood an anti-Semitic attack,” BNVCA President Sammy Ghozlan told JTA.

Last week, the security unit of France’s Jewish community, SPCJ, reported a 45 percent rise in anti-Semitic incidents during the first eight months of 2012 in comparison with their 2011 level of 266 incidents. SPCJ also reported three separate attacks that occurred during the High Holidays. 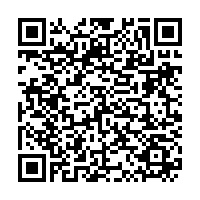