The Israel Air Force Sunday night bombed a Hizbullah spy communications center in Tyre, on the coast of Lebanon, according to a Lebanese newspaper that supports anti-Hizbullah parties.

Hizbullah denied the report even though its own televise network originally said Israel hit Tyre, only to later change its version to claim that the explosion was that of a “stun gun.”


The Al-Mustaqbal newspaper reported that Hizbullah quickly cordoned off the area after the apparent Israeli strike, which came less than a week after the bombing of Russian-made SA-17 anti-aircraft missiles on their way from Damascus to Hizbullah.

It quoted others sources as stating that Hizbullah destroyed the listening post that allegedly had been planted by Israeli agents.

Nahranet reported, “Israeli aircraft did not leave the Lebanese airspace over the south all through the day” on Sunday.

The IAF staged several mock raids over southern Lebanon the past several days despite condemnation from the Arab world and Russia for the bombing of the anti-aircraft missiles. Syria and Iran threatened to retaliate against Israel.

Hizbullah could severely cripple Israel’s ability to spot terrorist activity if the terrorist organization were to obtain the sophisticated Russian-made missiles.

Lebanese Foreign Minister Adnan Mansour demanded on Sunday that the world retaliate for the bombing of the anti-aircraft missiles by placing “a tough boycott on the economic, political and diplomatic levels.”

“Israeli jets continue to invade Lebanon’s airspace every day. We must stand up against the Israeli attacks but not just with calls, statements and condemnation,” he said. 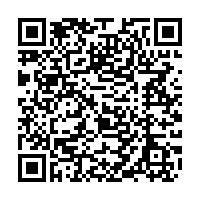