The rain and the massive flooding of the tunnel network by the Egyptian army has led to a vast chain reaction of collapsing tunnels, NRG reported Wednesday. On Tuesday last week, seven Hamas terrorists were killed when a tunnel they were rebuilding in the northern Gaza Strip reportedly collapsed due to heavy rain.


According to Reuters, Egypt has been pumping salt water from the nearby Mediterranean into the tunnels for more than a year, creating a huge mess as the water rises to the surface. Hamas officials are saying the flooding contaminates water supplies, destroys farmland and spreads disease.

The Institute for Palestine Studies reported in 2012 that Hamas authorities had counted 160 deaths inside the tunnels since the Israeli blockade began in 2007, and in August 2014, al-Jazeera reported as many as 400 deaths, but both those figures appear to be seriously outdated. The Palestine Studies report accused Hamas of a “cavalier approach to child labor and tunnel fatalities,” as “nothing was done to impede the use of children in the tunnels, where, much as in Victorian coal mines, they are prized for their nimble bodies.”

Hamas claims to have rebuilt many of the tunnels that were destroyed during the 2014 war with Israel. Last week, Israel threatened to seal the crossings between Israel and the Gaza Strip due to revelations that Hamas was using for tunnel construction the incoming cement that was intended for rebuilding the strip.

On Friday, Hamas deputy chief Ismail Haniyeh confirmed the continued rebuilding of the underground tunnels leading from Gaza to Israel in preparation for the next war. “There are those who think that the calm is a time of rest,” Haniyeh said, “but this is a continuation of the struggle. Al-Aqsa Martyrs’ Brigades are working and preparing for Palestine. Fighters are digging twice as much as the number of tunnels dug in Vietnam.”

He declared: “In east Gaza there are heroes digging tunnels under the ground and in the west there are those testing rockets. The Al-Aqsa Martyrs’ Brigades are digging tunnels to defend Gaza and turn it into a launch pad for all of Palestine.” 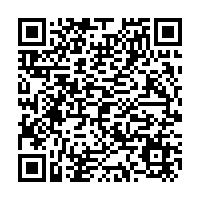