An Israeli company based in Rosh Haayin, less than 20 miles east of Tel Aviv, has developed an economical and efficient engine that far exceeds current commercial models, with a 40% energy efficiency, and double the best performance of the best standard engine today, The Marker reported. To date, this kind of energy efficiency has been associated with extreme race car engines running in indoor tracks, but the new Israeli engine works on ordinary streets and highways. Hard to believe? Some of the world’s major car makers were not easily convinced either, until they took the new engine to be tested in their own labs, and today one of the most popular European car maker is in the planning stages of building its next car around the new invention, and several other companies are standing in line as well.


Despite the above hype, and its sixties-style name, the Aquarius engine does not run on water. Also absent are futuristic technologies such as fuel cells or aluminum fuel. The revolutionary change it introduces stems from the kind of innovation many engineers are probably kicking themselves right now for having missed it. Here goes: while ordinary engines produce a circular motion which is transformed to the wheels, the Aquarius engine produces a longitudinal movement. Only a 500 cc, single cylinder is pumping inside the engine, and its piston, moving sideways, produces 86 horsepower.

Contrary to conventional engines, the Aquarius does not drive the wheels directly, but serves as a generator charging a battery located beneath the car floor under the back seat. The battery operates two small electric motors located next to the front wheels, and these motors move the car.

It looks like a shiny little box, flat and very compact. “This kind of engine contains far fewer mechanical components,” says Fridman. “There are no valves, a crankshaft or other related parts, which makes for a much cheaper and more efficient car.” The company has registered three unique patents for this engine, which could lead to a new species of cars, even design-wise. “They’ll build the car around its propulsion unit,” Fridman says, adding, “Because the motor is small and free from superfluous components, it will facilitate a better utilization of the vehicle’s dimensions. Cars will look completely different.”

“This is not our end goal, but as part of our pilot with a European car maker, our propulsion system will be installed in a popular mini model that’s being sold in Israel as well. The initial tests were successful, but I don’t yet have the official technical results, like gas consumption or speed performance. What’s important is that fuel efficiency is very high, and that leads to great savings. In two years the European company is expected to reveal a display model with our engine in it. We promised them a six-months advantage in marketing our engines ahead of other manufacturers who are likewise interested,” Fridman says.

“The engine testing company AVL, which is the oracle in its field, recently confirmed our fuel efficiency data and they said about us that after 100 years and hundreds of trillions of dollars invested in engines, our own initial results are astonishing by any measure,” Fridman said, then added with barely restrained pride, “Many inventors try to think outside the box, but anyone who has checked our engine is saying that our inventor Shauli Yaakoby is probably not aware that there is a box.” 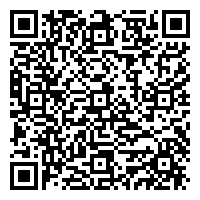