The leaders of Ad Kan (Heb: Up to here), the NGO whose members infiltrated left-wing human rights NGOs in order to expose their methods, on Friday filed a complaint with the police against activists Ezra Nawi, Guy Butbia and Sa’id Awad from Ta’ayush, and Nasser Nawaj’ah from B’Tselem.

Ad Kan, whose report was presented on Thursday night by Israel’s Channel 2, also approached Deputy Police Commissioner Roni Ritman, head of the Lahav 433 anti-corruption unit, and handed him their findings, including hidden camera photographs and additional evidence against the NGOs, in an effort to spur an investigation of allegations that these individuals and their organizations conspired to turn over to Palestinian security Arab land brokers who sold land to Jews. According to the allegations against them, the members of these NGOs knew full well that the land brokers would be facing torture and possible executions, since selling land to Jews is a capital crime in the Palestinian Authority.

MK Avi Dichter (Likud) is planning to ask the Attorney General to launch a criminal investigation against B’Tselem, Ta’ayush and other extreme left-wing NGOs. Dichter wrote on his Facebook page Friday: “Over the past week I’ve seen some very serious evidence of secret operations by several organizations such as Ta’ayush, B’Tselem and other organizations pretending to be human rights organizations. Only some of them were broadcast in the [Channel 2 show] Uvda, and that’s only the tip of the iceberg. This is a criminal activity that must be investigated by police and the Shabak.”

Prime Minister Netanyahu wrote on his Facebook page Friday: “The report … exposed the real faces of the extremists among us, whose hatred of the settlement movement has driven them mad to the point of turning in innocents to be tortured and executed.” 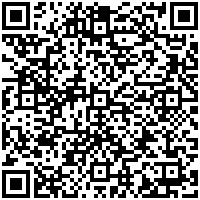