In the last week of February 2016, campuses and cities around the world began to mark the 12th annual “Israeli Apartheid Week” in an effort to build support for the Boycott, Divestment and Sanctions (BDS) movement. This BDS-sponsored initiative is replete with lectures and protests that ostensibly aim to condemn Israel and its policies regarding the Israeli-Arab conflict. The annual series of events is generally held in February and March. A new report released Wednesday by the Im Tirtzu movement exposes the Israelis who participated in “Israeli Apartheid Week.”

Despite what some may think, Im Tirtzu argues, apartheid is not merely a derogatory term used for constructive criticism. Apartheid is a term bearing a legal ramification as defined by the Rome Statute of the International Criminal Court, which describes apartheid as a “crime against humanity … committed in the context of an institutionalized regime of systematic oppression and domination by one racial group over any other racial group or groups and committed with the intention of maintaining that regime.”


And so, affixing the word “apartheid” to “Israel” in order to advance the BDS agenda is in essence a call to eliminate the State of Israel as a Jewish and democratic state.

The new Im Tirtzu report reveals the involvement of Israelis – individuals, organizations, and even MKs — who participate in some of the IAW events around the world. For example, a film festival on the Nakba (“Catastrophe,” the Arab name for the 1948 war) courtesy of the radical NGO “Zochrot” was featured at Columbia University on March 3 this year, during IAW. The event included three movies on the topic of the Nakba and the Arabs’ right of return to Israel.

On March 4, Israeli historian and socialist activist Dr. Ilan Pappé presented a lecture at Columbia University titled, “Why Is Palestine Still The Issue in 2016?” The event was organized by Columbia’s Students for Justice in Palestine during IAW.

Dr. Uri Davis was prominently featured at a press conference during South Africa’s “Israel Apartheid Week” on March 6. Davis was born in Israel, joined the Palestinian Arab movement Fatah, converted to Islam, and is now married to a Palestinian Arab in Ramallah. He defines himself as a “Palestinian Hebrew national of Jewish origin, anti-Zionist, registered as Muslim and a citizen of an apartheid state – the State of Israel.”

A conference held in Nazareth during IAW, titled, “BDS and the 1948 Palestinians: Between International Influences and Local Contexts,” featured an array of Israeli speakers including Dr. Anat Matar of Tel- Aviv University and former MK and current Chairman of the High Follow-Up Committee Muhammad Barakei.

Im Tirtzu CEO Alon Schvartzer noted that “the Israeli public needs to understand that the boycott against Israel starts from within – from academics, lecturers, artists, and organizations that call for a boycott, and stretching to individuals and elected officials who partake in ‘Israeli Apartheid Week.’ Those who accuse Israel of being an apartheid state do not want peace or equality. They want the same thing the heads of the BDS movement want – to destroy the Jewish state. We call on the Government of Israel to focus its anti-BDS activities inwards, and to take extensive measures to combat the Israeli boycotters, including the expansion of the Transparency Bill that will preserve Israeli democracy.” 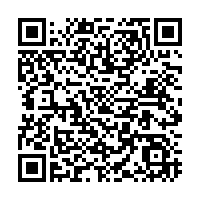