Israel’s Ministry of Energy and Water announced Monday that two new desalination plants will be built to offset the deficits of an extended five-year drought that has left Israel’s sensitive water sources at their lowest levels in nearly 100 years.

Currently, Israel has five active desalination plants, built in the last 13 years, to extract water suitable for drinking from the Mediterranean Sea and distribute the desalinated water through Israel’s national water carrier.


Each facility is expected to cost approximately $400 million.

The plan will include the expansion of pipelines for use in agriculture, and is intended to help Israel to rehabilitate dried-up rivers. The plans may include pumping fresh water into Israel’s primary source for drinking water, the Kinneret—also known as the Sea of Galilee—which has continued to suffer receding levels.

The Kinneret is also the primary feeder of Israel’s Jordan River, which runs south to the Dead Sea and is another body of water suffering severe ecological damage due to receding water levels. 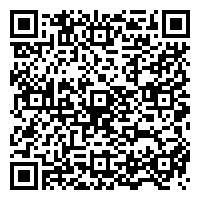