China’s Zhongguancun Science Park (Z-Park) in Beijing, known as “China’s Silicon Valley,” will open a liaison office in Tel Aviv, according to a report Tuesday by the English-language Chinese daily, Global Times.

The announcement of the planned liaison office was made in a meeting between Tel Aviv deputy mayor Doron Sapir and his Beijing counterpart Yin Hejun.

“We are thrilled to announce this liaison office in Tel Aviv, which is the center of the Israeli ecosystem, as another step in the cooperation between our cities,” Yin said, adding that Z-Park is “home to innovation and breakthrough technologies.”

Zhongguancun Science Park is home to nearly 20,000 hi-tech enterprises, including tech giants like Lenovo and Baidu. It has 10 satellite offices around the world, including in Silicon Valley, Washington, Tokyo, Toronto and London. The combined turnover of enterprises in the park in 2017 was almost $800 billion.

Yin said that it was Tel Aviv’s ” innovation and openness to new ideas” that attracted Z-Park to open its 11th overseas liaison office here.

Sapir said that while Beijing and Tel Aviv may be completely different in size, they “share many common values: adopting technology and modernization, cherishing education, and striving to always improve our municipal systems.”

“In recent years, we’ve seen a dramatic increase in the number of delegations and visits from Beijing to Tel Aviv and vice versa,” Sapir added. 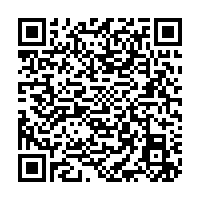