A new study by the Geological Survey of Israel reveals that water pumping in the north of the country has caused the chain of earthquakes that took place in Tiberias and the Kinneret in recent years.

Since the 1960s, the Kinneret provided a third of Israel’s water consumption. This consumption increased, leading to a drop in the lake’s water level, until in the 1990s it was decided to stop pumping water from the Kinneret and look for an alternative.


The alternative came from water drilling in the Galilee area.

“It’s a collection of wells that go down several tens or hundreds of meters into the freshwater aquifer,” Dr. Nadav Wetzler, a seismologist at the Geological Survey of the Ministry of Energy, told Yedioth Ahronoth this week.

“When we look at the aquifer level, we see it coming down in every area by a few dozen meters,” Wetzler continued. “When we talk about a 50 cm drop in the Kinneret we are horrified, here we are talking about a 50 meter drop.”

On July 4, 2018, at 4:40 AM, residents of Tiberias and the Kinneret area were rudely awakened by earthquake shocks at a magnitude of 4.1 on the Richter scale. This was the first in an ongoing chain of earthquakes that hit the region during that month. The tremors were felt all the way down to Tel Aviv.

Back in 2013, there were some unusual earthquakes in the northwest part of the Kinneret.

Both these two unusual events lit a red light for many experts who started warning about a major earthquake in the not too distant future.

The last time such an earthquake struck Israel was more than 90 years ago, in 1927. It caused more than 130 fatalities and 450 casualties in Jerusalem, Jericho, Ramla, Tiberias and Shechem.

Dr. Wetzler and his hydrologist friend Dr. Eyal Shalev decided to investigate the cause of the tremors of recent years, which resulted in a new, groundbreaking research they published through the Geological Survey of Israel, pointing to a connection between the water drilling in the Galilee and the earthquake accumulation experienced in the Tiberias and the Kinneret in July of last year.

“The earthquakes in 2013 and 2018 occurred after steep surface declines following water pumping – meaning there is a correlation,” Wetzler argues. “We haven’t looked at the exact timing of the quakes in relation to the pumping, and we definitely want to continue researching the issue. I hope this study will be first in a collection of surveys that we plan to launch on the topic. We want to look at this in detail and build a model that will include more elements that were not included in the initial model, reviewing all the processes at a higher resolution.”

Wetzler believes that the results of his research should certainly inspire a reconsideration of any future water pumping. Although the local earthquakes of 2013 and 2018 did not cause a catastrophe, the big disaster is waiting around the corner, and obviously every minor quake only shakes up the area even more, especially in a zone located only a few miles from the epicenter of the Great Rift Valley that geologists believe was formed 35 million years ago in a quake that reshaped the entire region. 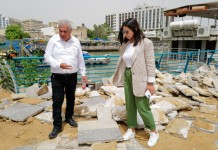 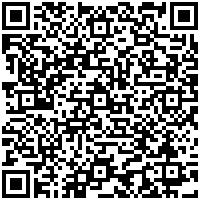