EuroLeague, Europe’s top tier league for professional basketball, and Israeli startup MindFly have announced an agreement to make sports broadcasting history, as players in the upcoming season will all be fitted with a MindFly AI-powered bodycam during games, and the fans will be able to watch, hear, and experience everything their favorite player does while on the court.

At the start of the season, two to three players will be wearing the bodycams during matches. Using this footage, MindFly’s cloud-based Artificial Intelligence (AI) system will create First-Person Point of View (FPV) highlights for EuroLeague social channels.


EuroLeague is planning to convert this content into non-fungible tokens (NFT), which it will be sold to EuroLeague fans.

MindFly recently signed a similar agreement with Bayern Munich Basketball club, where the club’s players will wear the bodycams during training sessions. The behind-the-scenes content will be used on its social platforms and later possibly sold as NFT.

“MindFly’s FPV solution will transport fans right into the court during matches and training sessions and deepen the relationships between fans, players, clubs and leagues”, says Alex Ferrer, EuroLeague’s Senior Director, Marketing and Communication. “We’re proud to offer such a stupendous innovation to our fans”, he added.

MindFly uses AI-powered bodycams and an AI cloud platform to provide a seamless, automated, end-to-end solution, from recording, through processing and delivering HD, Pro-quality, fully stabilized ready-made video highlights, to every digital and traditional media endpoint. The solution is offered for every sport and from any court, without any need for additional crew or infrastructure.

The system currently broadcasts selected video clips from key moments of games and training, and soon it will broadcast full games in real-time.

“Our message to the clubs and players is ‘you wear the vest, we do the rest’, and today MindFly creates new and exciting content for all sports fans, which did not previously exist,” says Eran Tal, MindFly co-founder and CEO. “We are currently in advanced negotiations to sign agreements with several clubs and top football leagues in Europe and with several major broadcasters. We will extend our partnerships globally in the coming year, focusing on clubs, leagues, and top broadcasters in Europe and the US.” 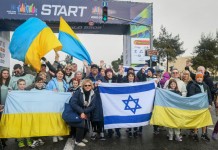 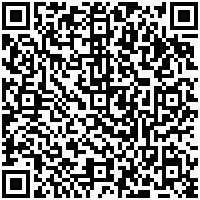