A silver menorah stolen from a rabbi’s Brooklyn home was returned.


The suspect, Denis Ildatov, is Jewish and wore a yarmulke, white shirt and black pants to make it easier for him to slip in and out of the homes of his Orthodox Jewish neighbors, WPIX-TV reported

In addition to the $10,000 menorah, Ildatov allegedly took other religious items.

Authorities say that Ildatov also may be responsible for several other break-ins in the area. He has been charged with three burglaries. 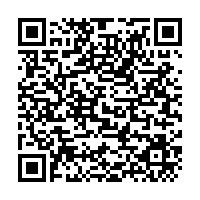