A two-day strike that disrupted municipal services nationwide came to an end late Tuesday night as the Union of Local Authorities and the Prime Minister’s Office found middle ground on a range of economic issues.

The most significant outcome of the understandings reached by the two sides was the granting of discounts on water tax rates, which have already risen sharply over the past year, and a freeze on planned changes to municipal tax rates that would primarily benefit large families but dig into the budgets of financially strapped towns.

Still unsolved are about a dozen issues, including education and special needs programs, the distribution of national lottery revenues and other services, with both sides insisting that the other should bear the burden of financing the programs. According to the agreement reached late Tuesday night, these issues will be examined by a committee that is to be established in the coming days.

Responses to the agreements were divided along party lines. Interior Minister Eli Yishai, of Shas spearheaded support for the ULA’s list of demands, with support from Labor and Kadima. Most of the mayors who agreed to end the strike were affiliated with the Likud Party – following the lead of Prime Minister Binyamin Netanyahu, who strongly opposed the ULA’s demands, which he said would cost the government billions of shekels.

On Wednesday, Finance Minister Yuval Steinitz announced that the Bank of Israel had adjusted its expectations for economic growth in 2012 downward, from 4% to 3.2%. 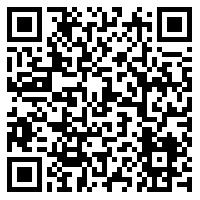