55.9% of Arabs in Judea, Samaria and Gaza support the current intifada, while 41% oppose it, according to a survey published Sunday by the Jerusalem Media and Communications Center (JMCC), established in 1988 by a group of Arab journalists and researchers.

Support for the terror wave is higher in the Gaza Strip, where 78.5% of the residents expressed they are in favor of it, compared with 51.6% who support it in Judea and Samaria. Still, 53.9% of PA residents are opposed to continuing the stabbing attacks. This is likely because these attacks are mainly conducted by teenagers who manage to inflict little damage and frequently get killed trying.

There is still a large majority — 69% — among the Arabs in the PA and Gaza supporting the two-state solution as a basis to ending the conflict with Israel. Only 24.8% called for changing the PA’s official policy to demand a single state with equal rights for Arabs and Jews. Also, 22.5% of the Arabs prefer the European Union as the future broker in a future negotiation between Israel and the Arabs. 19.2% want Egypt to be the go-between, and only 4.9% wish for an American involvement.

The JMCC pollsters interviewed face to face 1,200 respondents ages 18 and up from March 1 to 5. The average age of respondents was 38. In Judea and Samaria the survey included 750 Arabs from the areas of Hebron, Jenin, Tubas, Ramallah, Jericho, Jerusalem, Bethlehem, Nablus, Tulkarem and Qalqilya. In Gaza the survey involved 450 Arabs in Gaza City, Khan Younis, Rafah, North Gaza and Deir al-Balah. The sampling error is 3% with an accuracy of 95%.

The survey shows a decline in popular support for PA chairman Mahmoud Abbas: only 45.3% of respondents are satisfied with his job performance. Last August 52.4% were similarly satisfied. The level of trust in Hamas sank from 22% a year ago to only 16.5% today. Trust in the Fatah (PLO), Abbas’s base, gained a measly increase, from 34% a year ago to 35.5% today.

The popularity of Marwan Barghouti, a senior PLO terrorist in Israeli prison for five life terms, is trending up to replace Abbas. 15.3% said they would vote for him should Abbas not run, compared with 10.5% last August.

Should Abbas run again, according to the survey, he would win 14.4% of the vote, followed by Hamas leader Ismail Haniyeh with 10.8% and Barghouti, who in this scenario collects 9.9% of the votes.

In response to a question regarding their view of ISIS, 81.2 of respondents reported harboring a negative view of the Islamist group, and only 6.1% have a positive view of it. 52.1% believe ISIS is bad for their national aspirations, only 2.8% said they advance those aspirations. 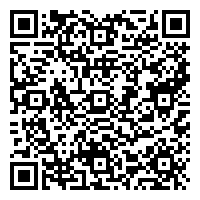