Seventeen members of a terrorist cell in Judea and Samaria who worked to advance attacks on behalf of a Gaza-based Hamas terror organization, were arrested in November 2017 in a joint operation of Shin bet, Israel Police and the IDF.

During the Shin Bet investigation it was learned that Abdallah Arar, a Hamas terrorist who was involved in the abduction of the late Sasson Nuriel, was behind the cell. Arar was expelled to the Gaza Strip in the Gilad Shalit deal and has since engaged in terrorist activity. He is suspected of having instructed Ala Salim, a resident of Jaba in the Binyamin area, to establish the cell and purchase an M-16 rifle in order to perpetrate an attack. He also transferred funds to Salim.


Ala Salim contacted fellow Jaba resident Rian Touam and requested his assistance in purchasing the M-16, to which end he gave him several thousand shekels. He also contacted Shehadeh Touam and sought his assistance in recruiting additional cell members. Touam, in turn, contacted Mahmoud Abu Arkov, a young Hamas activist from A-Ram, and recruited him to the cell.

The investigation is being conducted in coordination with the military prosecutor who is evaluating the findings prior to submitting indictments against the suspects.

A Shin Bet official noted, “The Hamas command in the Gaza Strip has been increasingly motivated of late to advance attacks through Hamas members in Judea and Samaria. The security forces will continue to take determined action to foil Hamas’s efforts to carry out attacks in Israel and wish to make it clear that Hamas in the Gaza Strip will be held responsible for any attack carried out at its behest.” 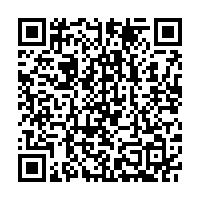