Security personnel guarding the entrance to the Neue Synagogue in central Berlin prevented a major tragedy Friday night, pepper-spraying and then disarming a terrorist with a knife who tried to run into the Jewish house of worship.

The guards overpowered the attacker, confiscated the knife, and turned the suspect over to police, who arrested him. The attacker had no prior record and by Saturday morning he was inexplicably released by police, according to German media.


According to the German ‘Bild’ website, the 23-year-old attacker – allegedly born in Damascus — was heard saying in a “clearly audible” tone, “Allahu Akbar” (God is Great, the Arabic war cry) and “F—k Israel.” The residence permit held by the attacker was registered in Berlin to “Murad M…” on June 13, 2017

The Neue Synagogue (New Synagogue) was built in 1859-1866 as the main synagogue of the Berlin Jewish community. It is one of the very few synagogues to have survived Kristallnacht, although it was badly damaged during the Holocaust.

The present building is a limited reconstruction of the original structure, and a small Masorti congregation was established using the former women’s wardrobe room. The main sanctuary remains empty and is open to visitors as an historical museum. 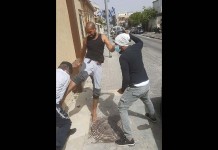 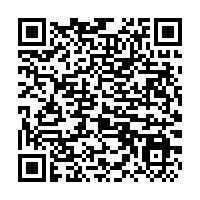