The State of Israel is reportedly working together with Gulf states on the development of a “non-aggression pact” between them, according to a report broadcast Saturday night by Israel’s Channel 12 television news.

If it goes through, the potentially historic agreement – initiated by Israel — would put an end to the state of conflict between the Gulf states and Israel, creating “friendly relations”, providing cooperation in various fields and ending war and incitement against each other.


Israeli Foreign Minister Yisrael Katz is leading the effort with the backing of Prime Minister Benjamin Netanyahu. According to the report, he met last month on the sidelines of the United General Assembly with a number of foreign ministers from the Gulf states; the ministers agreed to set up working teams to move the pact forward. Katz also reportedly discussed the pact with the Trump administration’s outgoing US Special Representative for International Negotiations Jason Greenblatt.

Katz, who also serves as Israel’s Minister of Intelligence, also was intensely involved in meeting on the issue of Iran. On September 23, he said, he meet for the first time with “one of the Arab foreign ministers” at the United Nations, and added in a tweet: “We discussed in depth the regional realities and ways to deal with the Iranian threat, while at the same time we agreed on a process for promoting civilian cooperation between our two countries. A new and challenging reality.”

Katz has provided his Gulf counterparts with a draft text of the envisioned non-aggression pact, underlining common interests in the face of the Iranian threat, prepared by Israel’s Foreign Ministry in accordance with international law, Channel 12 reported.

Because full relations with the Gulf states may not be possible unless Israel’s conflict with the Palestinian Authority is resolved, the wording of this document is particularly important, with the agreement an “historic” document that puts an end to the state of conflict between the Gulf states and Israel.

According to the report, the draft includes clauses that contain commitments to:
• Develop “friendly relations and cooperation” in accordance with the UN charter and international law
• To prevent hostility or incitement to hostility against each other,
• To eschew any military or security alliance with other parties against each other,
• To cooperate in the fight against terror, and
• To advance mutual economic interests.

Katz pointed out in his address to the UN General Assembly last month that Israel has no conflict with the Gulf states, and that “we have common interests in the field of security against the Iranian threat” in addition to the development of joint civilian ventures.

In First, 13 Countries Vote Against Anti-Israel Organization in the UN 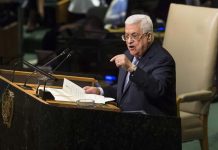 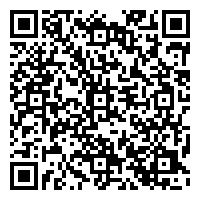