In addition to the spike in terror shooting attacks this week there has also been a sharp escalation in stoning and other terrorist attacks against Israeli vehicles traveling the roads of Judea and Samaria.

On Thursday alone, there were more than two dozen terrorist attacks carried out against Israeli drivers on the roads in Judea and Samaria, not including the shooting and ramming attacks that also were perpetrated by Palestinian Authority terrorists during the day as well.

One of the attacks targeted an Israeli Arab woman who told security personnel when she eventually reached safety at the Tena’im checkpoint that she tried to shout to her attackers that this was a case of “mistaken identity” — but to no avail. She was hit in the head by one of the rocks that rained down upon her car as she traveled the road between the communities of Avnei Hefetz and Einav. The woman was evacuated by medics with the Magen David Adom emergency medical service to Meir Hospital in Kfar Saba.

Several stoning attacks targeted Israeli public buses, including one that took place on the Husan bypass road in Judea, and another that targeted a bus on Highway 60 between Gush Etzion and Kiryat Arba-Hebron, near the Palestinian Authority town of Al Aroub. Miraculously, none of the passengers were physically injured..

Later in the day, a Jewish teen was taken for treatment to the Ziv Medical Center in Tzfat after he and several others were attacked by Arabs in northern Israel. The teen was struck in the face by a rock thrown by one of the Arabs during the attack. The wound required a number of stitches, according to the Honenu civil rights organization. 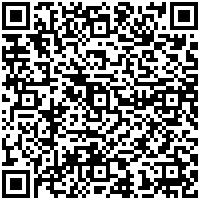