Israeli forces were successful in capturing a terrorist on Tuesday moments after he threw a firebomb at the Kever Rachel (Rachel’s Tomb) complex, just south of Jerusalem.

The police stated that Border Police forces were waiting to ambush terrorists throwing rocks and Molotov Cocktails at Rachel’s Tomb, a prominent Jewish site of prayer and study.

The forces identified a suspect who threw a Molotov cocktail at the tomb complex. Responding quickly, the forces arrested the suspect “red-handed” while trying to escape from the scene.

Footage of the incident seen by TPS shows the terrorist, wearing a black mask and a red shirt, throwing a firebomb toward Kever Rachel. He then waits a bit to see what happens, takes off his mask, turns around and runs.

The suspect, a resident of the Al Aida refugee camp in the Bethlehem area, was arrested and transferred to the police for questioning.

In related news, the IDF and other Israeli security forces conducted counterterrorism activities in a number of locations in Judea and Samaria, including in the villages of Kadum, Urif, Tel, Ein Qinya, Ein HaSultan, Kifal Harat, Al Arub, and in the city of Hebron.

In the village of Qabatiya in Samaria, the troops arrested a wanted person suspected of terrorist activity. During the departure of the forces from the village, several rioters threw stones, an improvised grenade, and a Molotov cocktail at them.

The forces also rounded up four wanted persons in the villages of Anata, Abu Shahidam, and Bidu. 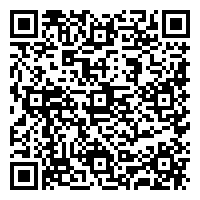