An Israeli civilian and a soldier foiled a stabbing attack by a Palestinian Authority terrorist on Tuesday afternoon at the Gush Etzion junction in Judea, about 10 minutes south of Jerusalem.


The terrorist, who was armed with a meat cleaver, was shot and killed by the civilian near the Gush Etzion Winery, located close a short distance from the junction.

Security forces are searching for the second terrorist, who fled the scene.

Gush Etzion Regional Council Head Shlomo Ne’eman said, “The attempted terror attack finished as it should. Any attempt at carrying out a terror attack in the State of Israel, should end without casualties and with the terrorist dead. We thank the Gush Etzion hero, a civilian, who identified the threat and acted quickly and with determination, which brought about the necessary result.”

Following the attack, traffic on Route 367 was blocked in both directions; drivers have been advised to use alternate routes. 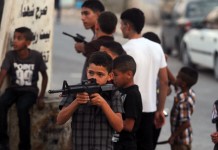 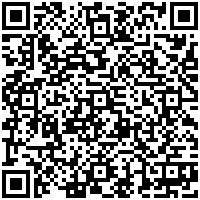