At least three people were killed and three or more were wounded Thursday night in a multi-site terrorist attack in the central Israeli city of Elad, located near Petach Tikva.

The attack came on as celebrations were winding down in the wake of Israel’s 74th Independence Day.

According to Israeli military and security reporter Anna Ahronheim, “the attacker struck victims in several different locations with an axe and a knife.”

Medics from the United Hatzalah and Magen David Adom (MDA) emergency medical response organizations were treating those who were injured on Ibn Gvirol Street in the city.

“Due to the nature of the incident, the Psychotrauma and Crisis Response Unit has been dispatched in addition to EMS first responders,” said United Hatzalah spokesperson Raphael Poch. Members of the unit are providing emotional stabilization to a number of people suffering from emotional and psychological shock as a result of having witnessed the incident, according to EMT Moshe Sa’adon, head of United Hatzalah’s Elad chapter.

The city is populated by hareidi religious Jews.

Unconfirmed reports said at least one terrorist is dead, but a second may have escaped and is still at large, with security forces out in force hunting for the attacker.

The Elad municipality instructed residents to “lock yourselves into your homes” because a “terrorist is at large.” 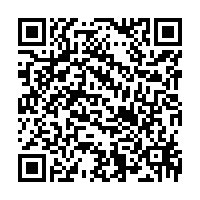