Prime Minister Netanyahu held an assessment of the situation at IDF Southern Command headquarters with IDF Chief-of-Staff Lt.-Gen. Aviv Kochavi, and followed it with a visit to the Southern Command operations center in Be’er Sheva.

Netanyahu then toured the Hatzerim Air Force Base and received an operational briefing – including data on Air Force attacks and operations against various targets in the Gaza Strip – from GOC Air Force and the commander of Squadron 107.


Netanyahu, briefed on the hundreds of IDF attacks against Hamas and Islamic Jihad at IDF Southern Command headquarters, told reporters “They received blows that they did not expect. I have no doubt we set them back by years.”

He added, “We will continue as long as necessary in order to restore the quiet to all citizens of Israel.”

Netanyahu added that he is “certain that all of our enemies around us see the price that we are exacting for the aggression against us,” and certain “they will draw the conclusion.” 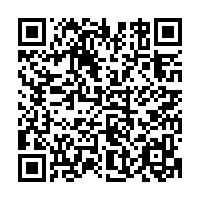