A Japanese newspaper reports that North Korea is testing the deadly anthrax virus and other biological elements for use in delivery via long-range missile warheads.

The report published by The Asahi Shimbun quoted an “intelligence source” in Seoul which said Pyongyang is conducting “heat and pressure resistance tests to see whether anthrax germs can survive at temperatures of 7,000 degrees or higher” – the temperature at which an intercontinental ballistic missile (ICBM) re-enters the Earth’s atmosphere.


A former U.S. government official was also quoted as saying U.S. troops in South Korea have been vaccinated against smallpox and anthrax since 2004 because “Washington had apparently been aware for some time that North Korea is culturing anthrax.”

In his National Security Strategy released this week, U.S. President Donald Trump stressed that North Korea is pursuing “nuclear, chemical and biological weapons that could threaten our homeland.”

The intelligence source quoted in Seoul warned that North Korea is now conducting tests with anthrax-filled warheads loaded on to ICBMs, perhaps due to Pyongyang’s inability to create a weapon that can reach all of the American mainland.

Last month, the United States returned North Korea to the list of state sponsors of terrorism. The move came in response to the DPRK’s repeated support for “acts of international terrorism, including assassination on foreign soil,” Trump said.

North Korea had been removed in 2008 from the list, which includes Iran, Syria and Sudan.

The move enabled the United States to suspend foreign aid, arms sales, commercial exports and financial transactions with Pyongyang, as well as tighten sanctions against the rogue government. 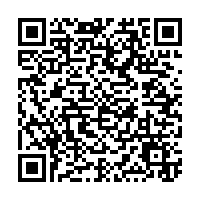