A rocket fell in an open area in Sha’ar Ha’Negev Regional Council overnight Monday. The IDF spokesperson reported that no one was hurt and there was no damage to property. The red alert siren was not used because the alarm system analyzed the rocket’s trajectory and decided it was going to fall in an open area.

This is the fourth rocket attack across Israel’s border this month. Last week, two rockets exploded in an open area in Eshkol Regional Council, less than one day following the elimination of five ISIS-affiliated terrorists by an IDF drone in the Sinai. On the night of February 9, four rockets were shot at the city of Eilat, three of which were downed by the Iron Dome system and a fourth fell in an open area. On the first of the month a rocket exploded in an open area in the Hof Ashkelon Regional Council. No one was hurt and there was no damage. The IDF retaliated against Hamas targets in the Gaza Strip. 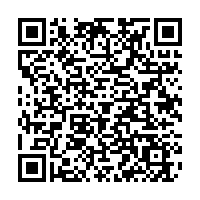