Yad Vashem’s director of libraries Robert Rozett on Sunday announced he had sent a letter to Amazon CEO Jeff Bezos offering his assistance to “curb the spread of hatred” by identifying Holocaust denial literature so the Internet giant could take it off its virtual shelves.

According to Rozett, Yad Vashem approached Amazon in the past, but the retailer refused to stop selling the offending works citing freedom of speech. Rozett is hoping that the recent spike in anti-Semitic incidents in the US, most recently the vandalizing of Jewish cemeteries in St. Louis and Philadelphia, would convince Amazon’s owner to reconsider.


Amazon offers titles such as The Myth of Extermination of the Jews and Holocaust: The Greatest Lie Ever Told, Did Six Million Really Die? and The Six Million: Fact or Fiction? The latter, by Peter Winter, is reportedly available for sale by Amazon in Germany, a country where Holocaust denial is a crime.

Gideon Falter, Chairman of the Campaign Against Anti-Semitism, told The Independent that “every day, Amazon promotes a selection of literature advocating Holocaust denial and Jew hatred. Anybody searching Amazon for books about the Holocaust, including children working on school projects, will inevitably be shown Amazon’s squalid cesspool of neo-Nazi titles.”

Amazon is yet to respond to the Yad Vashem request. 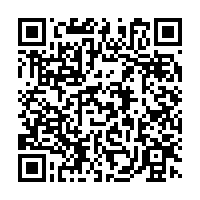