Editor’s Note: The following is an edited transcript of a recent interview with Moshe Feiglin on Radio Kol B’ramah.

We are hearing very significant encouragement coming from the Likud for the prime minister to build more in Judea and Samaria. Is it possible that we are witnessing a momentum of political change from Netanyahu’s point of view?

Feiglin: Based on my acquaintance with the history of the Israeli Right in general and of Netanyahu in particular, I see very great danger. I see exactly the opposite. I see a reality that is very, very reminiscent of Sharon and Gush Katif. In other words, I see an Israeli prime minister from the Likud once again under investigations, under great pressure in Israel. I see a very strong president in the United States with an Israeli prime minister who is manipulating him back to the reality we had with Obama.

Netanyahu caused the embassy not to be moved to Jerusalem and announced even before Trump was inaugurated that he was in favor of the two-state solution. And his defense minister says we won’t build outside of the settlement blocs.

An additional problem that didn’t exist at the time of Sharon is the involvement of the Russians, who are right up on Israel’s northern border, and the warming relations between the U.S. and Russia.

Maybe that explains the prime minister’s position. Perhaps he understands that the Arab world is very dominant and the Europeans are watching every one of our steps – not with a fond eye – and therefore the prime minister is navigating, as he says, between all these drops. Maybe we can rely on him.

Someone who has been scalded with boiling water is wary even of cold water. We’ve been scalded several times by leaders of the Likud, starting with Begin and the Sinai, and continuing with Sharon and the Disengagement. Netanyahu himself has already agreed in the past to retreat from the whole of the Golan and to give it to Assad, up to 10 meters from the Kinneret.

Netanyahu himself has already given away 93-94% of the city of Hebron. Netanyahu and his entire government also destroyed a whole settlement just a couple of weeks ago – let’s not forget that.

And with all that, the prime minister is saying, “I will protect the settlements.” No settlement has been evacuated, at least not for diplomatic reasons. Construction, at least in the settlement blocs, continues, and that’s under eight very hostile years from the American government, to say nothing of Europe.

I want to remind you that in all the examples I brought before, there was no problem of a hostile government and no problem of American pressure. The international situation of Israel today is much more comfortable. It is specifically in a reality like this that Israeli prime ministers become like Sharon.

Sharon didn’t evacuate any settlements before he expelled all of Gush Katif. And he said before that that what applied to Netzarim in Gush Katif also applied to Tel Aviv. Ladies and gentlemen, the time has come for the Israeli Right to stop blindly following leaders who talk out of both sides of their mouths. They tell the Right what it wants to hear, but in their actions and hints to the Americans, the international community, and our Arab neighbors, they do the very opposite.

Yesterday I heard very senior Likud ministers being very clear on the need for construction in Judea and Samaria and thwarting the possibility of a Palestinian State. And yet, the one who stands at the head of the Likud expresses an entirely different line. How does this happen? What makes a leader – who has the entire party under him – act in clear opposition to the views of his party and voter base?

I’m very happy you asked that question because we need to understand this issue at its source. This isn’t a personal issue. We should not think Begin was weak, and Sharon was I-don’t-know-what, and Netanyahu robs his voters. This is a systemic issue. Every single one of those who come out against Netanyahu and say, “We have to settle!” will act exactly like him if he, God forbid, replaces Netanyahu. It doesn’t matter who.

Once and for all, we need to understand the mechanism that causes us to always elect the right wing but get the left wing. The mechanism is very simple. The Right, the entire Right – the religious and the non-religious – has never presented a clear strategy, a clear vision, a clear objective, against the two-state idea of Oslo. Never.

When Shimon Peres asked the head of the opposition, Benjamin Netanyahu, “What is your alternative?” Netanyahu didn’t answer. And he hasn’t answered up to today, and no one has answered. The only party that is finally answering what we want, not what they don’t do, is the Zehut Party under my leadership.

There’s also the Jewish Home that says that we need to annex, or sovereignty…

I absolutely disagree with you. The Jewish Home does not say anything. It scatters all sorts of impressions as if it has a statement about some sort of ethereal annexation, which will never happen. It has no organized program or clear objective that says what we want to see at the end of the movie. Nothing. Not a thing.

The Left says exactly what it wants, and therefore the moment it has the opportunity… when Rabin rose to power, he immediately implemented his policies. The Right does not say anything and therefore adopts the same two-state solution.

And you will propose a change, and turn to the voters in the coming elections?

I won’t just propose. I’ve already proposed – in a lengthy, well-formulated, platform of hundreds of pages which will be presented at our convention on February 28 at Hanger 11 in Tel Aviv. Everyone who comes Tuesday night will be able to know exactly what we are proposing. 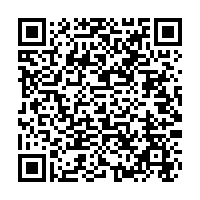