DAY’S SUMMARY: At least 80 rockets and mortar shells were fired at Israel by Gaza terrorists on Tuesday, May 29, 2018. Four people suffered shrapnel wounds, including one IDF soldier who was listed in fair condition at Soroka Medical Center in Be’er Sheva was head and limb injuries. Three others were hurt as they raced for safe spaces in Sderot and a fourth suffered severe emotional shock and trauma. The latter four were hospitalized at Barzilai Medical Center in Ashkelon.

23:39 One rocket landed next to Netiv Ha’Asara. No injuries reported.

22:30 IRON DOME intercepts one of the rockets fired from Gaza into Israeli territory. A second rocket has landed in open territory.

22:11 One rocket has landed in an open area in the Sha’ar HaNegev Regional Council district. No injuries reported so far.

20:29 Three rockets have exploded; security personnel are searching for the landing sites

19:54 Four rockets fired at southern Israel, three landed in the area of Kissufim. No injuries reported.

18:50 UPDATE ON WOUNDED: Two of the three wounded IDF soldiers have been discharged from Soroka Medical Center in Be’er Sheva. One of the four injured civilians has been released from Barzilai Medical Center in Ashkelon.

17:15 UPDATE: Three Sderot residents hurt while running for a bomb shelter, one additional person hospitalized with severe anxiety; all taken to Barzilai Medical Center in Ashkelon. Three suffering shrapnel wounds taken to Soroka Medical Center with head and limb injuries: one in fair condition, two in good condition according to hospital spokesperson.

16:35 Three people sustained shrapnel wounds, according to Galei Tzahal. They are being evacuated to Soroka Medical Center in Be’er Sheva. A number of people are suffering from severe anxiety and trauma. 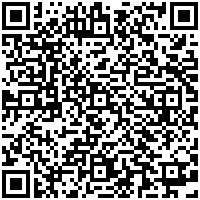