Important to notice the uniformed Hamas operatives on the boat supposedly on its way to breach the blockade. https://t.co/TxXEtKb9Er


After a search of the boat and those aboard, the boat was to be towed to the Israeli Navy base in Ashdod.

The IDF said in a statement that medical personnel were “assigned to treat any Palestinians on board that may require medical assistance. The Palestinians will be returned to the Gaza Strip.”

The IDF also said that Gaza’s ruling Hamas terror organization, which was deemed responsible for the attempted breach of Israel’s maritime blockade, “is trying to carry out a propaganda operation while using its people.

“This will only harm the residents of the Gaza Strip and the aid that is being transferred into the Gaza Strip by Israel and other countries,” the IDF pointed out. “The naval blockade is a necessary and legal security measure that’s been repeatedly recognized by the world and the United Nations as important to the security of the State of Israel and its maritime borders that protect Israeli civilians in the face of terror.

“The IDF will continue to enforce the naval blockade and defend the maritime borders of Israel and its civilians.”

The Palestinian Authority’s official WAFA news agency reported that participants said the boat was “headed to Limassol, Cyprus” and was part of a three-boat flotilla.

The Palestinian Authority claimed the 17 individuals arrested by Israel were “mainly university students, but also included cancer patients and protesters wounded during the Great March of Return and seeking medical care outside of the besieged Gaza Strip.”

Since legitimate medical patients receive permits to travel daily through the Erez land crossing between Gaza and Israel, one has to wonder why cancer patients and “wounded protesters” would choose a risky illegal flotilla ride as a way to seek medical care. 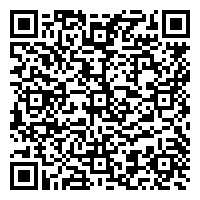