A 14-year-old Palestinian Authority Arab stabbed an Israeli woman Wednesday at the Maccabim Junction on Highway 443, near the central city of Modiin.

Medics from the Magen David Adom emergency medical response service said the woman, in her twenties, was treated for a stab wound in her upper body. She was evacuated in stable condition to Sheba Medical Center at Tel Hashomer Hospital in Tel Aviv.


A Border Guard Police officer was also wounded while trying to restrain the attacker who was arrested and transferred to security personnel for investigation.

Police said Border Guard Police were driving on Highway 443 when they spotted the suspect trying to flee. The officers chased the suspect on foot, firing warning shots in the air. They succeeded in catching the suspect a few hundred meters away from the site of the attack.

The young terrorist has now undoubtedly earned a generous monthly stipend for the family from now on, courtesy of the Palestinian Authority government’s “pay to slay” policy which provides ongoing monthly support for terrorists and their families after they attempt to murder Israelis. 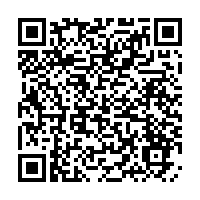