The dust still hasn’t settled in Israel following last week’s stunning indecisive election results. But even as President Rivlin prepares to broker a unity deal or offer the opportunity to either Prime Minister Netanyahu or Blue and White Party leader Benny Gantz, there are already some significant takeaways.

For one, the Arab genie has finally come out of the bottle. Arab voters heeded the call of Joint List of Arab parties’ leaders to topple Netanyahu and came out in droves – and added significantly to their representation in the Knesset.


As Joint List chairman Ayman Odeh said in a New York Times op-ed last Sunday, Arab MK’s would recommend Gantz and this “will be the most significant step toward helping create the majority needed to prevent another term for Mr. Netanyahu…. The Arab Palestinian citizens of Israel have chosen to reject Prime Minister Benjamin Netanyahu, his politics of fear and hate, the inequality and division he advanced for the past decade…. We have decided to demonstrate that Arab Palestinian citizens can no longer be rejected or ignored.” In fact, the Joint List will be the Knesset’s third-largest party with 13 seats.

Odeh said the Joint List would not join a government led by Gantz because he refused to commit to resuming direct peace negotiations between Israel and the Palestinians and also to seek repeal of the recently enacted law defining Israel as a Jewish state. We rather think, though, that not joining the government is primarily a function of not wanting to appear to legitimize a pro-Zionist government. And therein lies an important tale.

It seems clear that Israel’s Palestinian Arabs chafe at the notion of a Jewish state in what they consider Palestine. So it is merely stating a fact and not racist to suggest that they would be a force for joining Israel with a future Palestinian state, Heaven Forbid. In addition, as one commentator has noted, should a unity government between Netanyahu’s Likud and Gantz’s Blue and White emerge, the Joint List would become Israel’s main opposition party and its leaders entitled to intelligence briefings and protection by a security service that spends some of its time hunting down Palestinian militants.

And there is also an exquisite irony in play. Avigdor Liberman has long vowed not to join a government that has a charedi contingent as has been the usual practice during Netanyahu governments. He has more recently declared that he would also not sit with Arab MKs. Should it come to a choice, which way will he go?

At all events, something perhaps tectonic may be brewing in Israel. A savvy pollster has suggested that the election results “was the beginning of the Israeli Arab spring. This could be Netanyahu’s greatest legacy in this election, he actually woke up the Arab community.”

And there it is. Will everything unravel if the Netanyahu pro-Jewish approach is materially changed because of political headwinds? Benny Gantz is no sellout, but Netanyahu is a known quantity with a proven record. While Israel faces issues with far-reaching consequences. 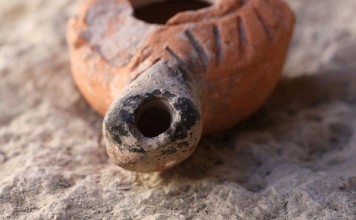 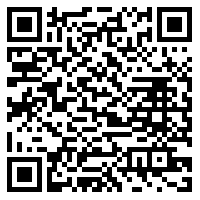