One person was lightly wounded in a ramming attack at Tzomet haGush – the Gush Etzion Junction, on Wednesday afternoon just after 4 PM.

The man, age 60, suffered a head wound and is listed as light to moderately wounded. He was taken to Sharei Tzedek hospital.


The terrorist was shot and neutralized. Update: The terrorist is in critical condition and was also transported to Sharei Tzedek Hospital.

Update; 5:15 PM: The terrorist died in the hospital.

The terrorist had a large knife in the car, which he did not get a chance to use.

Yossi Hess, a senior EMT who responded to the scene said, “When I arrived at the scene I saw one person suffering from a head wound. The person was fully conscious and was able to respond to questions when prompted. Together with other EMS personnel, I helped treat the injured person before they were transported to the hospital.”

According to witnesses (video below) the victim was crossing the street, when he suddenly began to run. The witnesses saw the terrorist’s car swerve towards the man, hitting him and sending him flying. The car then crashed into a bus. 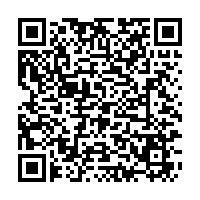