Israeli security forces prevented what could have become a major tragedy Sunday night in the Judean community of Kiryat Arba when they caught a Palestinian Authority terrorist before he was able to carry out his intended attack.

The 29-year-old suspect was captured when he was already inside the community, having managed to infiltrate through the town’s security fence, though he was seen by a local resident who alerted the security forces, who began an hour long search for the suspected infiltrator.

Kiryat Arba is located next to the ancient holy city of Hebron, where the prayer times at the Cave of the Patriarchs, burial site of the Biblical forefathers and mothers, is divided between Jews and Arabs.

The residents in Kiryat Arba were instructed to stay in their homes after the terrorist was spotted crossing the security fence into the community near area of the Harsina neighborhood.

“The suspect, who belongs to a clan which has carried out several attacks, had reached the hitchhiking post inside the town,” said a member of Hatzolah Without Borders. “A woman who spotted him reported the incident to the hotline and the security forces and the IDF.”

Israeli military forces also searched the area to make sure there were no other suspects still roaming the area.

Residents of the community were notified following the arrest that all was well and they could return to their routine activities. 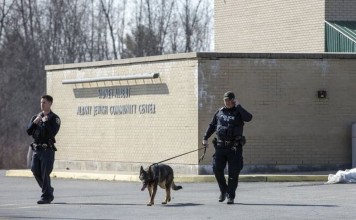