Israeli military forces who operated in Judea and Samaria overnight and into early Monday arrested 10 Palestinian Authority Arab suspects accused of involvement in terrorist activities and violence against civilians and security forces.

All of the suspects were turned over to security personnel for interrogation.

IDF personnel also accompanied some 1,000 worshipers to the Tomb of the Biblical patriarch Joseph in the city of Shechem.

Dozens of Palestinian Authority terrorists hurled stones, Molotov cocktails and burning tires at the soldiers and worshipers as they entered the Tomb.

The soldiers responded with standard riot dispersal measures. In addition, four IEDs were detected and defused, according to the IDF.

There were no physical injuries and no damage was reported.

“Prayers were held on time,” according to the Hebrew-language 0404 military website. 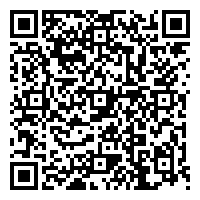