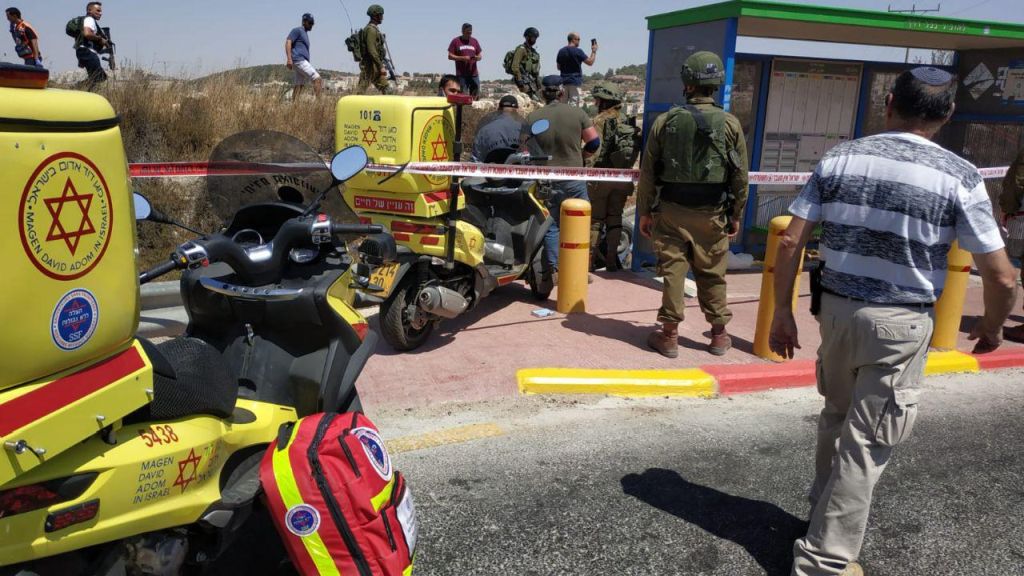 Two Jewish teenage siblings, a sister and a brother, are in serious condition after being deliberately hit by a car on Friday afternoon in a ramming attack by a suspected Arab terrorist outside the Gush Etzion Jewish community of Elazar.

The victims, identified as Nahum and Noam Nevies, both from Elazar, were standing at a bus stop outside Elazar on Highway 60 when they were rammed by a vehicle driven by a terrorist believed by police to be a Palestinian Authority Arab despite the fact that the weaponized vehicle bore Israeli license plates.


According to Hadassah Ein Kerem Medical Center director Professor Yoram Weiss, 17-year-old Nahum has been in surgery since he arrived at the hospital. He is fighting for his life, with a skull fracture and a brain injury.

The director of Shaare Zedek Medical Center has told reporters that his sister Noam, age 20, is conscious but is suffering with injuries to her limbs.

“When we arrived at the scene we saw . . .[the two victims]. . . in the ditch behind the bus stop. The boy was unresponsive and suffered a head injury as well as injuries to multiple bodily systems, and the girl was partially conscious,” said Magen David Adom (MDA) paramedic Lior Levi. “We administered lifesaving medical treatment, including sedating the boy and placing him on a respirator, and transferred them urgently to hospitals.”

The terrorist was neutralized, according to Israel Police and the IDF. 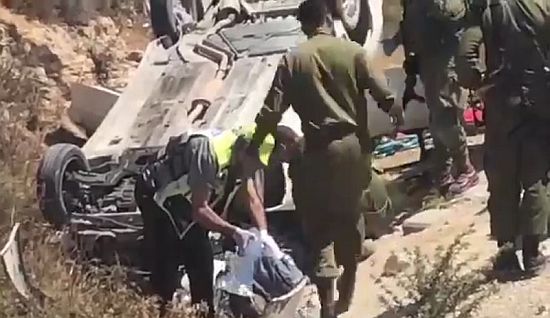 “A Hebron police officer who was on his way to his home after completing a shift noticed a vehicle speeding toward a bus stop and hitting two teens who were standing at the stop,” said a spokesperson for Israel’s Judea-Samaria District Police. “Realizing that the driver who ran them over was trying to get out of the vehicle, he began firing and neutralizing the driver. IDF forces and police are at the scene,” the spokesperson added.

A number of entrances to villages in the area of the Palestinian Authority-controlled town of Bethlehem were in the process of being sealed off by Israeli security personnel as the forces begin their investigation into the attack.

Just over a week ago, on August 8, Israeli hesder yeshiva student and IDF Cpl. Dvir (Yehuda) Sorek, 18, was found dead overnight near the Gush Etzion Jewish community of Migdal Oz, just a few minutes up the road from Elazar. Sorek had been stabbed to death by Palestinian Authority terrorists who have since been captured and arrested by the IDF.

Yesterday (Thursday) two Palestinian Authority teenage terrorists, both age 13, attacked Israeli Border Guard Police officers with knives at the Chain Gate entrance to the Old City of Jerusalem. One was shot and killed; the second was shot and critically injured; he later died of his wounds. One of the police officers was moderately wounded in the attack; he was treated at the scene before being evacuated to Shaare Zedek Medical Center in Jerusalem, where his condition was reported to have improved on Friday.