Or maybe you could say we never forget their families. For each fallen soldier, other soldiers currently serving in the army (in the branch where they served) are sent to azkarot, memorial services, across the country on Yom Hazikaron. This happens on every fallen soldier’s yahrzeit as well.


Before Yom Hazikaron I got special permission to leave my army base (leave from the army is a common reward for good behavior) in order to go to the gravesite of a soldier from my branch of the army (Artillery) for an azkarah at a cemetery close to my home town.

I was given brief instructions about how to behave towards the family: be extra polite, hold the parents’ hands if they need it, and most importantly, do not be late.

A family friend who was in the Paratroopers told me that he did this once, and his fallen soldier was buried on his family’s settlement in the middle of nowhere. He was told, “Do not be late. If there’s any chance you think you won’t make it to the cemetery on time in the morning, then sleep in the cemetery the night before.” His parents drove him for two hours to the settlement, and he did arrive on time.

I’m only twenty-one myself, and I admit I was a little nervous going to my first army azkarah. But in the end it was fine. The soldier had fallen in the Lebanese war, decades ago, so the grief was not as bad as if he had died recently, when the family was still in the throes of a recent loss. Of course, they were somber, and I felt they appreciated my presence. It seemed they didn’t feel like they needed to talk much to me, so I wasn’t put on the spot, and I felt I fulfilled my duty properly.

Right before Shavuot my commander chose me to attend a yartzeit azkarah at a gravesite at Har Herzl, the military cemetery. This soldier from the Artillery corps had fallen during the Six-Day War. Since this azkarah was on the soldier’s actual yartzeit (unlike the azkarot on Yom Hazikaron) a minyan was needed in order to say Kaddish. So other Artillery men from different parts of the country were assigned to go to this gravesite to make the minyan.

I found the right spot, and joined as the tenth man in a group that included the son of the fallen soldier (I assume he was quite young when his father died, fifty-two years ago), seven Artillery soldiers with matching turquoise berets, and two representatives of the rabbanut ha-tzeva’it, the army rabbinate. I shook hands with the son, and one of the rabbinate soldiers (they’re not really rabbis, they are soldiers who supervise kashrut in the army, give Torah classes, and perform other religious duties, such as conducting azkarot) led us in Tehillim. I ran my eyes across the group of soldiers and my heart stopped when I noticed that one of them was someone I had trained with. He was from Taiwan, and definitely was not Jewish. It wasn’t like he was Russian, and his father was Jewish, although his mother was not. This soldier had no Jewish roots. He’d grown up in Israel because his parents were part of a messianic Christian group that believes that when the Jews are all in Israel (or something like that) then Jesus will come back.

Trying to be inconspicuous, I left my place and went over to one of the rabbanut leaders and whispered that one soldier in our minyan, who was saying Tehillim with us, was not Jewish.

The rabbanut member said, “Are you sure he’s not Jewish?” Unfortunately, I was quite sure.

He told me to look around the cemetery and find someone who was definitely Jewish before it was time to say Kaddish.

I moon-walked away from our group and frantically looked around. I broke into a run. I spotted an Ethiopian groundsman sweeping. I told him the situation and, after asking if he was Jewish (not too comfortable for me, but what could I do?) I asked if he would please join us for Kaddish. He agreed immediately. He dropped his broom and his trash bag, and followed me.

We slid into the group just as the son was about to say Kaddish. Baruch Hashem. 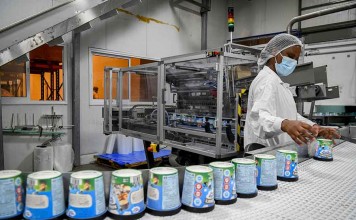 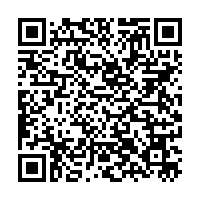