A double bombing, apparently set off by suicide terrorists, killed at least 86 people and wounded nearly 200 others before a scheduled peace rally Saturday.

The death toll is expected to rise. The attack came less than three weeks before elections. No group has taken responsibility for the bombings.

This terrorist activity is aimed at creating chaos, instigating certain street movements and the election environment.

The attack aims at creating trauma among the society. It is extremely planned and organized. It is virtually an attempt of massacre. It aims at shaping civil dynamics of Turkey. It aims at turning Turkey into an inward-oriented mood at a time when there are very important foreign policy developments taking place. This attack which took place in Ankara may take place at anywhere, there is need for a joint stance.

Turkey’s state-run Anadolu Agency reported that a suicide bomber may have set off the explosions.

Blasts occurred ahead of a planned protest peach march organized by labor unions and the pro-Kurdish HDP.

Similar but similar attacks occurred June 5, before general elections, and July 20, by Islamic State (ISIS) terrorists, but it is not known who was behind today’s bombings.

When we’ve seen ISIS attacks, they have tended to be in the border region along the Turkish/Syrian border. This is of course in the capital, Ankara, in the middle of the country, so that’s something to think about.

And again, go back to the context of this rally. It was at a rally to protest the war by the Turkish state and Kurdish separatists.”

The ISIS has attracted thousands of Turks, who reportedly comprise up to one-third of the terrorist army. 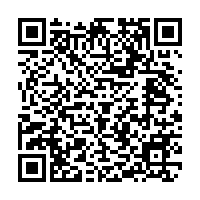