The trial of Prime Minister Benjamin Netanyahu on charges of breach of trust, fraud and bribery has been set to begin March 17, two weeks after Israel’s national elections, it was announced Tuesday.

The first case is the most serious of the three due to accusations by two former aides who turned state witnesses. The second case involves an accusation that the prime minister helped wealthy friends in exchange for gifts he received from them, such as large amounts of cigars and champagne. No quid pro quo has been proven in the case; the charge came down to a conflict of interest. The third case boils down to a discussion of reducing one news outlet’s coverage in order to gain positive coverage for the prime minister in the other. The deal never went through, but technically some crimes of attempted bribery and breach of trust may apply.

The indictment against the prime minister was filed on January 28 by Attorney-General Avichai Mandelblit after Netanyahu withdrew his request for immunity protection from the Knesset. Mandelblit expressed his sadness in November after first announcing his intent to indict the prime minister and said he personally greatly admires Netanyahu in terms of talent but that he is nevertheless obligated by law to indict him. 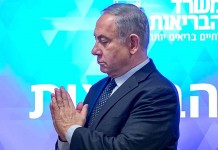