The Regional Rabbinical Court in Haifa on Tuesday awarded an exceptional permit to a husband, whose wife refuses to accept a get (religious divorce), to marry a second wife.

A three-judge panel of the Haifa rabbinical court – Rabbi Avraham Meir Chelouche, Rabbi Avraham Hazan and Rabbi Raphael Gelb – exempted the husband from following the halachic process of seeking the endorsement of a hundred rabbis to a divorce, and made do with the approval of the president of the great rabbinical court, Chief Rabbi Yitzchak Yosef.


The plaintiff, a resident of Haifa, has been estranged from his wife for eight years, and has made numerous attempts to persuade her to divorce him, including giving up his share in their apartment, but to no avail. The wife is insisting that she still loves him and only death would part them.

The court ruled that it appears it isn’t love that’s keeping the couple together, but the wife’s need for revenge, which has led her to disobey previous court rulings on this case.

The 16th century major Ashkenazi commentator on the Shulchan Aruch, Rabbi Moses Isserles (the Rama), has ruled, based on the 11th century edict of Rabbi Gershom, that in cases where it is clear that the wife will never agree to a divorce, the husband may collect the signatures of 100 rabbis who approve of his divorce and marry a new wife – which is what Ashkenazi rabbinical courts have been following in Israel, on those few occasions when an enforced divorce was deemed unavoidable. However, since the plaintiff in this case is Sephardi, and Sephardi communities have not accepted Rabbi Gershom’s edict, the court decided that the approval of the chief rabbi would suffice.

The court also ruled that plaintiff’s first wife continues to be free to approach the court and sue for divorce, including all the compensations of severance to which she is entitled. 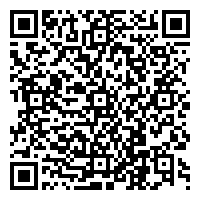