Breaking the Silence is facing legal action after two IDF soldiers who served during Operation Protective Edge filed a unique lawsuit in an Israeli court against the organization and Yaron Zeev, a former member of their tank crew, for defamation and “spreading lies and fabrications.”

According to the lawsuit, Ze’ev, who served with the plaintiffs in the same tank, gave Breaking the Silence false testimony about their activities during the counterterrorism operation against Hamas in the Gaza Strip in the summer of 2014, on the basis of which Breaking the Silence conducted a campaign around the world that presented the State of Israel and the IDF as perpetrators of war crimes.


The lawsuit, which demands a huge compensation of NIS 2.6 million from Breaking the Silence, was filed on Wednesday at the Central District Court in Lod by Adv. Ron Lewintal, chairman of the defamation committee at the Israeli Bar Association, and by Adv. Tzur Falk, spokesman for Ad Kan organization.

Breaking the Silence claims to expose testimonies of IDF soldiers who allegedly committed crimes during their service.

The plaintiffs stated in the lawsuit that “a great deal of image damage has been done to the plaintiffs, but also to the State of Israel,” while Ze’ev’s testimony, at the encouragement of Breaking the Silence, was used by alleged international investigators and constitutes components in severe reports written against the IDF and distributed in the UN and dozens of countries around the world, as well as in a number of media outlets in Israel and around the world, including CNN, NPR, the Washington Post, and The Guardian, to which tens of millions worldwide are exposed.

The plaintiffs were “forced to defend themselves against their comrades in the company and the division, to be interrogated by the IDF and the Israel Police, to give an account to their family members, and to find themselves in a turmoil based entirely on the complete lies” of Breaking the Silence, the suit charges.

In the 28-page lawsuit, the plaintiffs specify how Ze’ev gave false testimony, fabricated or edited the events in a way that their actions, which were done in accordance with guidelines and operational needs, were completely taken out of context and depicted as cruel war criminals.

“It will be clarified for the start – these events never happened,” and Breaking the Silence’s publication of them “is defamatory, severe, offensive, and ridicules and insults the plaintiffs,” the plaintiffs say.

Breaking the Silence edited and published the testimony given by Ze’ev in a series of videos on its social media channels, and even reached the website of the Hamas terrorist organization and the Qatari Al-Jazeera news site.

“In summary, the plaintiffs found themselves the victims of the defendants’ shaming and slander,” which Breaking the Silence saw as peripheral/secondary damage” to the defamation of the IDF, and “acted indifferently regarding the damage to their good name,” the suit charges.

Ze’ev claimed that the tank crew shot at a “cyclist who was pedaling along for fun” while sadistically competing among the tank soldiers, as well as randomly shelling the Palestinian population, as revenge for the death of one of their comrades.

While claiming that their goal is to “raise awareness over the everyday reality of serving in the occupied territories and to create a discussion about the cost of military control over a civilian population for so many years,” Breaking the Silence refuses to post the names of the soldiers who testify. They have also refused to pass along their accounts to the IDF’s Military Advocate General’s Corps for investigation, despite repeated requests by the IDF to do so.

In contrast, Breaking the Silence’s claims have been repeatedly debunked by soldiers who have come forward without concealing their identity.

Lewintal stated that these events never occurred, and Ze’ev also claimed that he clarified this with Breaking the Silence after an inquiry was made, but they did not remove the publication.

Ze’ev’s testimony “has gained traction in international networks and in reports against Israel. It is difficult to estimate the damage to the state and the IDF, as well as to the soldiers in the tank, who were summoned for interrogation by the IDF, and were suspected of taking part in immoral acts that were never committed,” Lewintal stated. 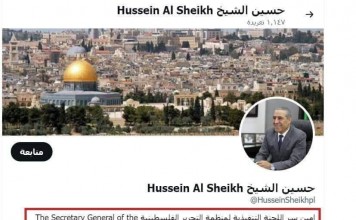 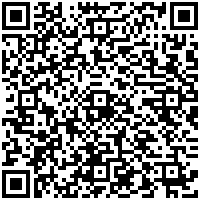