The “Intifada Warehouse” is located in a large room under heavy security in a customs building at the Ashdod harbor. It contains, among other items, 50 thousand knives, tens of thousands of tasers, and thousands of balaclavas, camouflage uniforms, air guns, swords, clubs, pocket knives, slingshots, brass knuckles, night vision systems, and tools for encryption and disrupting communications. All these items have been seized by Israel’s customs service in recent months and confiscated before reaching their intended Arab recipients.

According to customs officials, the Palestinian arming efforts started a few months before the outbreak of the current wave of terror. It began with a huge confiscation of containers of smuggled fireworks and firecrackers, which were intended for addresses in eastern Jerusalem. “We seized a record 27 tons of firecrackers,” Director of Customs in Ashdod harbor Rafi Gabai told Walla on Wednesday. “Police sappers who checked the containers with us insisted that we clear the area to a distance of several hundreds of yards. They said this amount of explosives could blow up everything inside a 300 yard radius, anyone inside that area would have been killed.”

The seizures were a daily affair, customs officers are saying. Over time, the smuggling methods have become more and more ingenious. For example, military equipment was discovered between the double walls of furniture, in laundry powder bags and even in bags of wheat and semolina. “If we miss one container loaded with TNT or weapons, I don’t want to imagine what might happen,” Gabai said.

This new reality forced the customs workers to come up with creative solutions. Customs officials in collaboration with the security forces recently developed advanced methods, including X-ray tunnels for containers, and a system that sniffs out explosives in container and vehicles. They developed an information sharing protocol with security and intelligence officials to detect suspicious shipments.

According to Gabai, earlier this month the customs people seized materials that could be used by terrorist groups to carry out major attacks. “Two weeks ago we located 15 tons of a chemical that could be turned into explosives through a relatively simple process. Training websites for terrorists show you how to manufacture the explosives. This stuff is imported to Israel in quantities of up to 40 pounds in each shipment. The PA itself never imported this material, so once we identified the scope of the delivery, we acted immediately and stopped the customer. We think he was being used as a patsy for terrorist elements.”

On Tuesday the Ashdod customs people foiled the smuggling of metal products intended for Hamas, which was planning to use them as supporting beams in building tunnels. Meanwhile, the Intifada Warehouse continues to fill up every day with weapons ordered by the Palestinians. 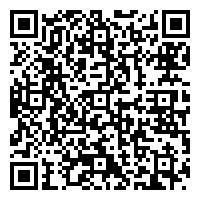