Good news for drivers. Effective October 1, 2021, drivers will be issued a driver’s license up to the age of 70, instead of having to renew their license every 10 years, as they do today.

This comes as part of a reform promoted by the Ministry of Transportation in Israel.


As part of the reform, the driver’s license currently issued to drivers of private vehicles, motorcycles and commercial vehicles up to 12 tons, will be valid until the age of 70, instead of its current 10-year listing.

“This is a saving of about NIS 1,500 per driver,” said Transportation Minister Miri Regev. “This is besides the hassle required of drivers today to renew a driver’s license every 10 years, from the age of 24 to the age of 70.”

Regev noted that Israel joins many European countries where driving licenses are issued indefinitely or until the age of 70 without the need to renew the license.

“I am happy to implement significant decisions in a short period of time that will affect the face of Israeli society in the coming decade,” she said.

“Today we are taking another step towards implementing an important reform. . . which will save bureaucracy and financial expense for every citizen,” Regev added. 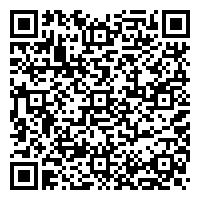